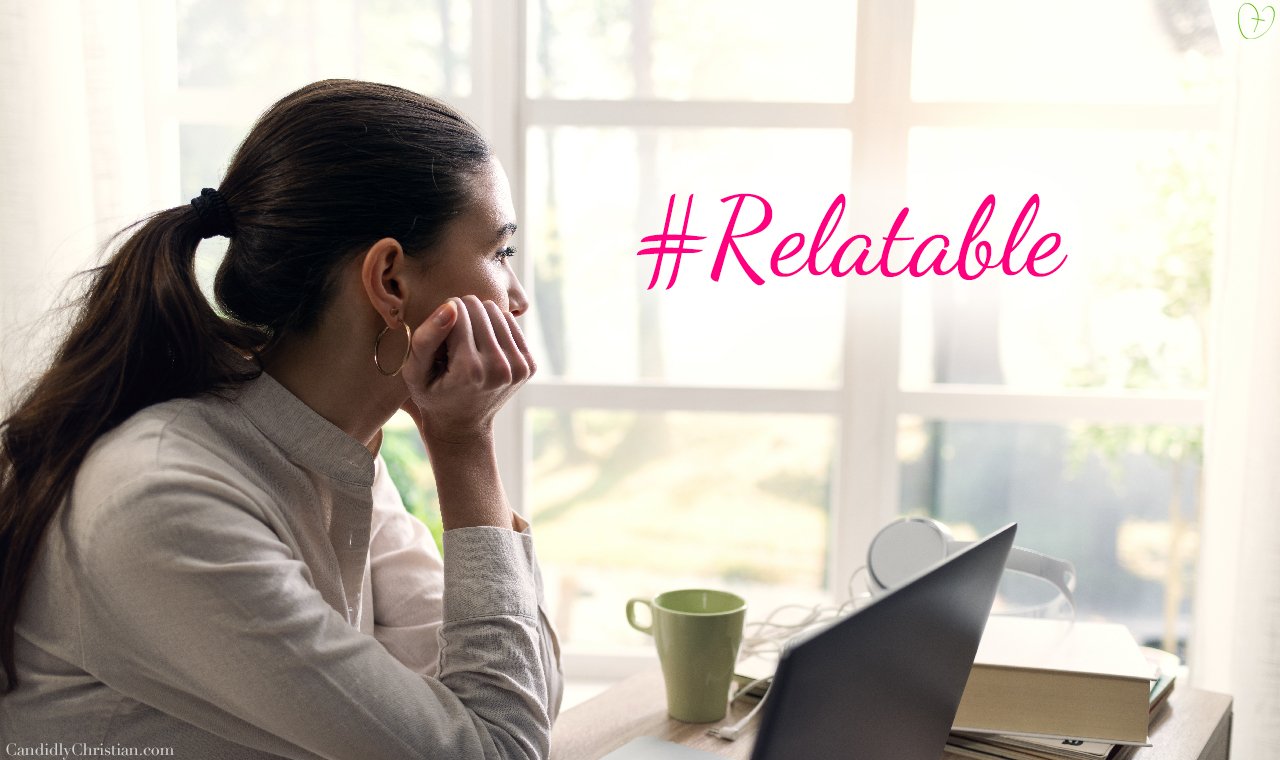 I saw one earlier this week that said, “Not to brag or anything, but I can forget what I’m doing while I’m doing it.”

In fact, I was talking to a friend earlier this week and I mentioned that I *might* have gotten lost last week.

Okay, I didn’t get lost.

I took my kids to school and I forgot how to get home.

I have lived in this house for over six years, and I didn’t know what road to take to get me here. Honestly, I don’t even know what to do with that.

Anyway, I told my friend about it and she didn’t laugh at me. She didn’t pity me. She said, “Seriously!” And began telling me about her similar experience.

Neither one of us felt so alone after that. Which got me thinking…

How often do we hold things in because we don't want to feel stupid? Click To Tweet

How often do we hold things in because we don’t want to feel stupid?

If I hadn’t opened up about my “blonde moment,” (which was really a medical issue) she would have never realized she wasn’t alone in her struggle.

When we fail to share our struggles, we don’t just cheat our sisters in Christ though, we cheat ourselves. Since I still wasn’t sure how I felt about the whole experience, learning I wasn’t alone was good for me, too.

(Even if it makes you vulnerable)

All that said, I wanted to share three reasons to share, not just our moments when we can relate to one another, but the relatable memes. Because believe it or not, they are good for more than just a laugh or two.

When I am scrolling through Facebook and I see one of those memes that I can totally relate to, there is a 100% chance I am going to say so (with an 80% probability that I’ll use a GIF).

Now, I don’t know about you, but I am not besties with everyone on my Facebook friends list. There are some people who have posted memes that I have responded to that, honestly, prior to that, the only thing we thought we had in common was that we lived in the same town or had kids the same age. Those relatable memes, they broke the virtual ice.

For instance, I saw this one on Facebook a while back (the text anyway, I created the graphic, because copyright laws).

Taking it a step further, I have written blog posts about being overweight or being an introvert and had women send me a message on Facebook or come up to me at church to let me know they could relate.

And the best way to cultivate community? I will never forget the time I sat in Bible study and a woman shared about a personal struggle she had dealt with. It was hard for her, but it was exactly what I needed to hear. I stayed after so we could talk. I cried. And I still value her friendship today.

That’s just one example from sharing a relatable moment in person.

It’s a poignant one.

But I know there are many others and that’s just the first reason to share relatable moments and memes.

And honestly, even if I am the only mom who has forgotten her child’s birthday, there is no condemnation for those of us who belong to Jesus. You can read more about self-condemnation here and read more about my biggest mom fail yet here. But then, let’s move on, shall we?

We don’t need to give Satan any more of our time. Because he’ll take every bit of it he advantage he can get. When we share relatable memes and moments, it opens a door he would rather keep shut…

If we suffer in silence, not only does Satan get to have a field day, but no one who loves us can intervein.

I was scrolling through Twitter yesterday and a mom posted about her adult children who were no longer believers. Her heart was grieving.

I loved seeing the Twitter community rally around her. They prayed for her. Stopped to encourage her. Some of them were going through the same thing and grieved with her. Others retweeted it so it got more visibility.

And those are just the ones who responded tangibly.

I am sure so many others prayed and grieved with her silently.

A meme I saw yesterday that said, “We must be careful we are not enjoying the idea of prayer more than we’re doing battle on our knees.” It was a quote by Alison Tiemeyer. I hadn’t heard of her before, but that meme made me stop and think. To reflect.

It’s easy to enjoy the idea of prayer.

It’s something I needed to meditate on.

And Then There Are Those Other Memes…

Now there will always be the memes that aren’t relatable. You know, the ones posted by the haters who don’t think pineapple goes on pizza, that it’s too early for Christmas music, and pumpkin spice is seasonal – as if.

But, I guess, even when we share those memes it’s opening a door and letting those around us learn a little bit more about who we are. And in today’s day and age of privacy fences and the digital divide, maybe that’s a good thing.

I’d love to hear your take on it. How much do you share and interact when it comes to memes and moments? Do you take time to encourage those around you? To build community? To stomp out the enemy’s lies? Join the conversation in the comments below.

P.S. Don’t forget that Christmas is coming. Prepare your heart for the holidays with these Christ-centered devotions written by Heather Hart. Get your copy from Amazon or click here to learn more.