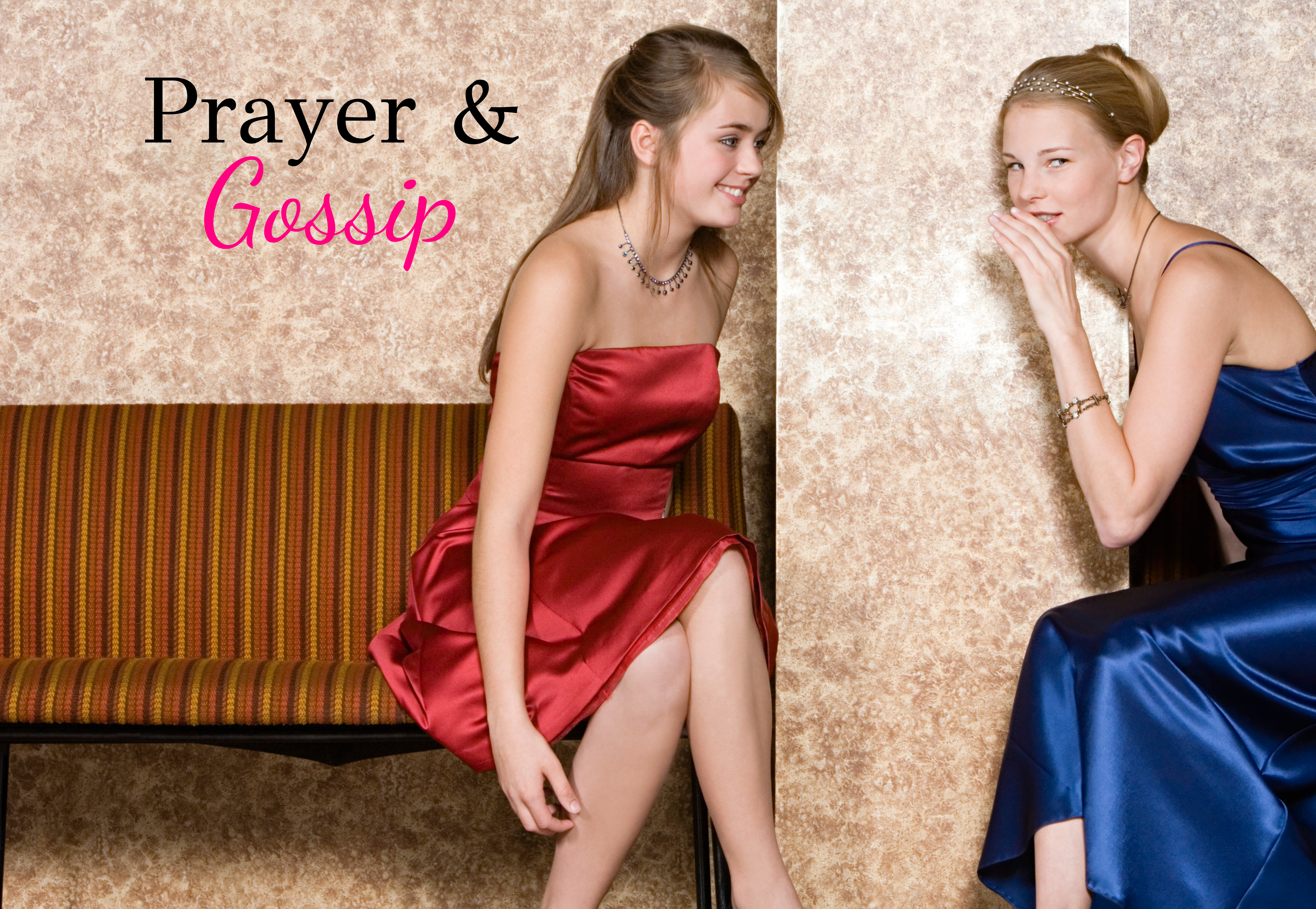 A few weeks ago, the women from our church’s small group went for a ladies night out. It was a much-needed break from our daily responsibilities. The night was full of laughter and stories, everything from church happenings to our fully dysfunctional families that we love oh so dearly.

We were having a great time until someone referenced their previous small group. Immediately the vibe changed. The tension was all over their faces. Whatever it was, it wasn’t a pleasant memory.

These ladies have been friends for years, but I was the new girl they just welcomed in. I asked about the reference to the previous small group and got an unexpected response.

One of the women casually said she was feeling a bit “chatty” and, recognizing that, asked to change the subject before she said anything inappropriate.

Then the most amazing thing happened: the group simply changed the topic! Nobody pushed or questioned. We just moved on like nothing had happened.

Wow! I need more of that in my life. I was in awe! Why have I never heard that before? I was raised in church; I’ve surrounded myself with godly women, so why was this the first time I’d seen women proactively refrain from gossip?

What Does The Bible Say About Gossip?

To be perfectly honest, gossip isn’t something I ever associated with my faith. Sure, it is in the Bible. Proverbs gives some wisdom about how great life would be without gossip. Gossip betrays a friend (Proverbs 11:13), “…so avoid anyone who talks too much” (Proverbs 20:19).

Awkward… that’s me. I talk too much, way too much. Then there’s Romans, where Paul includes gossip in  his list about “every kind of wickedness” (Romans 1:29).

I think we all know gossip is bad, and yet, we excuse it in our daily lives… Click To Tweet

I know gossip is bad; I think we all know that. And yet, we excuse it in our daily lives. At least I do. I guess I like the sound of my voice. But I don’t want to talk about me. I don’t want to come across as conceited or self-centered, so I talk about others. It starts innocently. Sometimes a mutual friend is all I have in common with another person, one topic leads to another, and before I know it, I’m gossiping.

God must have been trying to teach me something during our ladies’ night out because, I haven’t been able to get it out of my head! It’s keeping me up at night, and I bring it up in conversation at least 5 times a day.

What is Gossip? What does the Bible say about it? In what ways is it prevalent in my life?

As I searched, studied the Bible, and had some much-needed self-reflection, I got more and more uncomfortable. As it turns out, I am a major gossip.

It’s not like I’m intentionally trying to hurt you! I promise it’s not malicious!  Sometimes, it really is just a harmless conversation. But does that make it okay? Does that make it any less of a sin?

Here’s the truth I came to… gossip isn’t just about intentional slander. I mean sure, obviously that is a major aspect of it. But isn’t it so much more than that? Isn’t it a seemingly harmless conversation about someone not present? I think we—or I guess I should say I—need to be a lot more careful during those “harmless conversations.” From what I’ve learned, gossip is hiding in plain sight. And I was completely oblivious to it.

I’ve always approached my life as an open book, so I assume others are the same. Unless you explicitly tell me not to share something I have always assumed it was fair conversation game. Oh….and of course there is the family exception. When was the last time you thought, “Well yeah, she asked me not to tell anybody…but did she really mean my husband?” I’ve assumed the family exception rule in sharing private information with my sisters. I can trust my sisters, but I should never have told them. I’m humiliated by that one!

As a society, we have even gotten so good at gossip, that it exists in our small group prayer request. Sometimes, second-hand prayer wishes go beyond the request to “Please pray for my friend who is struggling.” Unfortunately, prayer requests can be little more akin to, “Please keep my good friend Suzie Q in your prayers. It’s gotten really bad, she just found out about her husband’s…. indiscretions… and is just devastated. I don’t think he is even willing to try!. He thinks he is in love or something. Oh, and their son! He just turned 6. I just can’t imagine. That there is a woman who needs the Lord”

I’ve realized that, for some reason I convinced myself that you need to know why someone needs prayer in order for you to successfully pray for them. Now I’m learning that I need a little more faith that God knows who I am praying for, and what they need most. And silent prayers are just as powerful!

We don't need to share why someone needs prayer to successfully pray for them. Instead of sharing details, have faith that God knows what they need. Click To Tweet

Overcoming the Temptation to Gossip

I don’t have all the answers. I have no idea how to move forward from here. But I do know that this is an issue that God cares about. If He didn’t, it wouldn’t be in His Word. And as it is in His Word, I need to give it more than just a passing glance.

I am so grateful to my friend for recognizing the direction the conversation was going and for taking action. She probably has no idea the impact she had on me that day. But I’m inspired by her to do the same, to not let gossip appear unnoticed anymore. I just love how the Lord uses each of us to better each other.

Have you ever shared more than you should? What did you learn from Jessica’s story? We’d love to hear from you in the comments.

Jessi was born and raised in Orange County, CA where she lived most of her life.  Seeing life as one big adventure, she packed up her car and drove across the country in 2017.  Eventually landing in the Carolinas, Jessi met the love of her life and will be married in late 2021. She writes from the heart, drawing upon personal experiences and struggles for inspiration, which leaves her writing primarily in Christian Living and in Wedding and Bridal genres. Jessi loves eating tacos, escape rooms with her fiancé, traveling, and living this adventure we call life!