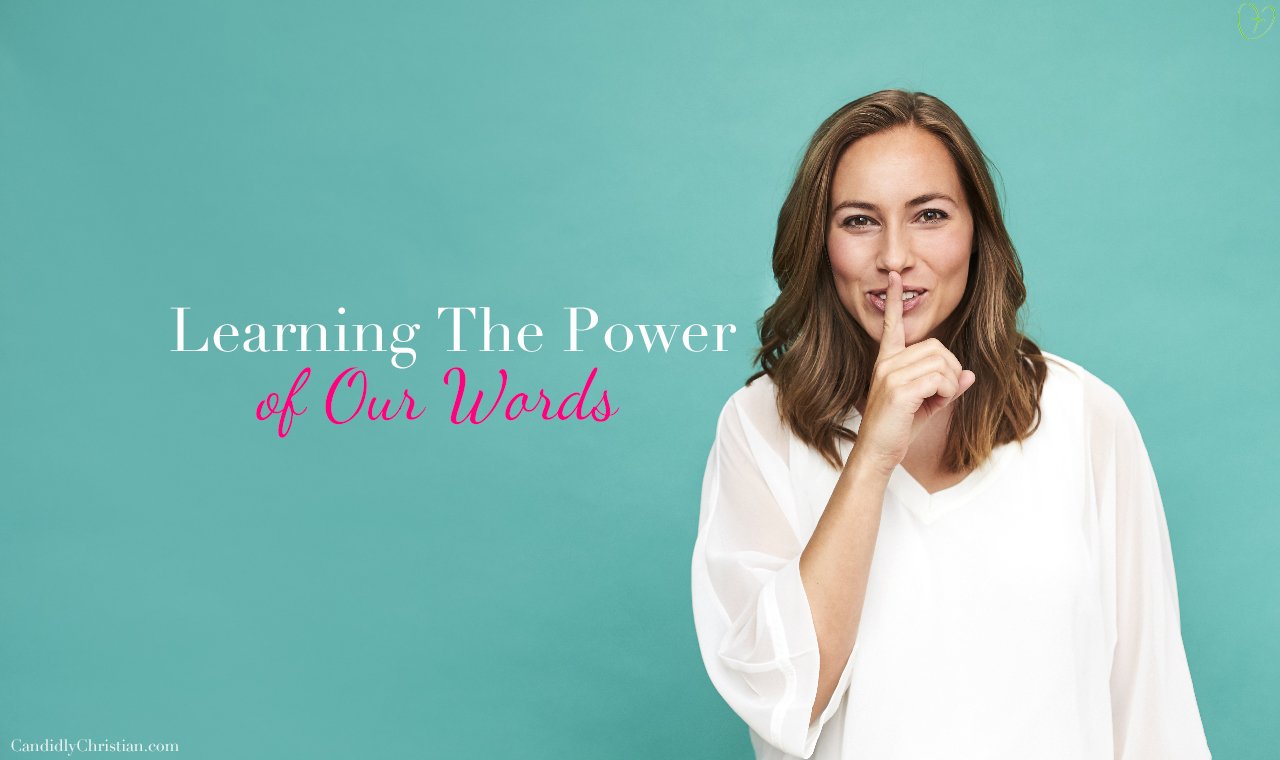 There are a lot of words out there. Text messages are continually flying back and forth, social media is a great place to express every thought you have varying levels of friends, and the internet provides an excellent opportunity to say what you want when you want for whoever will listen. We can speak to others through the phone, podcasts, video conferences, or in person. There are so many different mediums through which we can communicate, but I wonder how often we take the time to count the cost of our words.

For the past few days, the Lord has been showing me glimpses into my childhood that I had, for the most part, forgotten. Some of them are painful and unpleasant, but He brings it up because He wants to heal, so I’m leaning into the very real discomfort.

Have you ever made a vow that, in hindsight, wasn't the best choice? Sarah has… Click To Tweet

One scene that I keep playing in my mind is the time when I swore to myself that I would never let anyone hurt me. I wouldn’t let another human being (especially not a man) get close enough to me to do damage. My armor was up and it wasn’t going anywhere. I thought that relationships only ended in heartbreak and abuse and I wasn’t going to grow up to be another abused or battered woman. I think I was around seven years old when that happened.

And, honestly, for the next almost twenty years, I lived that out and kept my secret vow that I made. While I had friendships, I didn’t share much of myself with others. Even after I came to know the Lord, I still didn’t think that I was built for relationships—I was confident that I was better off alone, though that contradicted everything in the Bible. I was more concerned with my own self-protection than opening myself up to be known by others.

As I’ve been praying about this influential vow I made, I’ve been reminded of a Bible hero who also made an unwise vow. Judges 11 tells us the story of Jephthah, a man who God had called to rescue the nation of Israel once again from the hands of their enemies. While looking head-first at an entirely impossible battle he made a vow: if God gave them the victory, he would offer the person who ran to greet him as a human sacrifice.

Every time I read this story, I can’t help but feel that God was heart-broken at Jephthah’s vow and his follow-through. Human sacrifice was never something that God wanted, and yet, that was what Jephthah thought of His character.

And I wonder if God feels heart-broken every time we make a foolish vow.

The Power of Our Words

As I’ve been praying through that moment when I first decided that relationships weren’t for me, I imagine that the Lord was immensely saddened. I’m sure He felt heart-broken when I, without realizing what I was doing, walled off my heart from others, including Him. Though this happened long before I knew Him, that doesn’t mean that He wasn’t there with me while it was going on. And now, thankfully, He’s with me every step of the way as I heal from those past moments of pain and hurt. He’s intricately and strategically dismantling the exterior wall I built to lock others out. He’s patiently teaching me how to live as a child of God.

We can make some pretty tragic vows throughout our lives that can change how we think, feel, and act, but I’m currently learning that the Lord is greater than even our greatest vow.  And for that, I am immensely grateful.

Have you ever made a secret vow? Join the conversation in the comments below!

Recommended Christian Books On This Topic