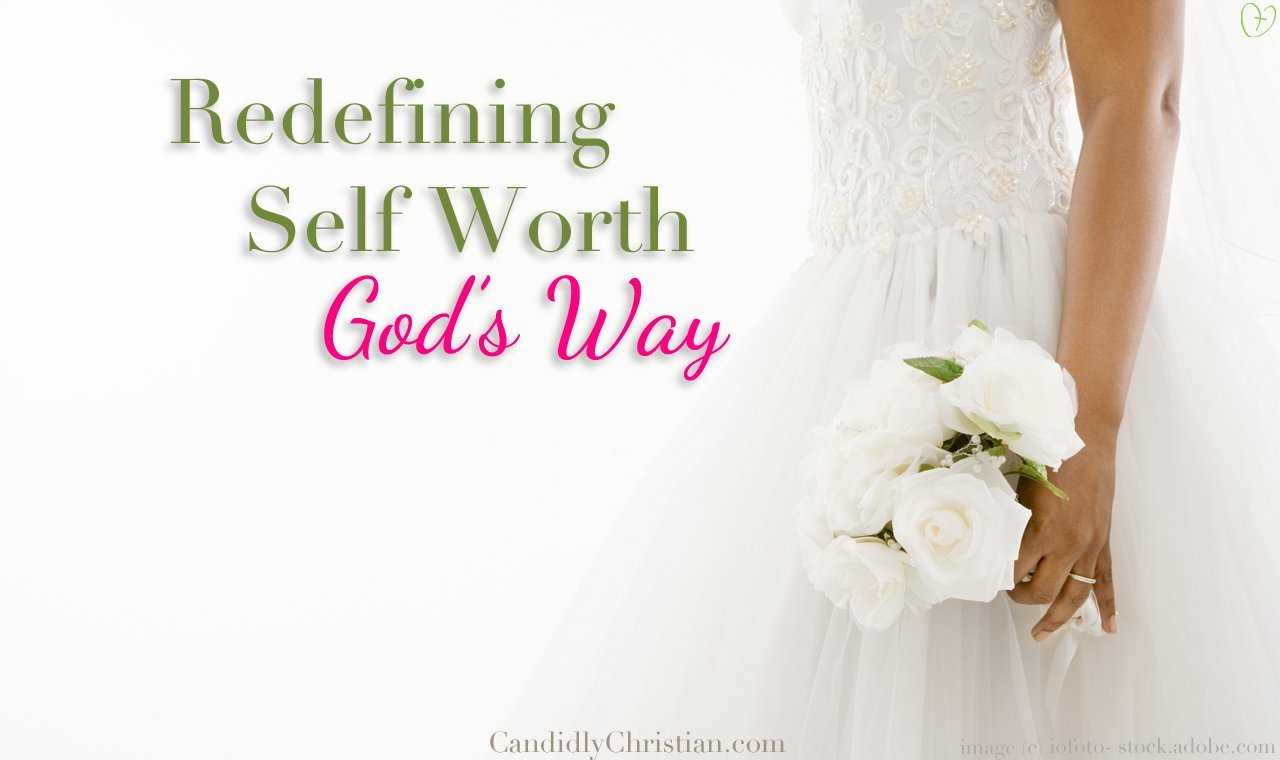 “We demolish arguments and every pretension that sets itself up against the knowledge of God, and we take captive every thought to make it obedient to Christ.”

The thin mesh veil couldn’t mask my hot tears of shame. The wedding march ricocheted in my chest like a funeral dirge as Dad walked me down the aisle towards my happily ever after. As I approached my future husband, I searched his eyes for any hint of hesitation. I took his hand. Dad sat down. We turned to face the pastor ready to pledge our lives to each other in front of hundreds of people.

I didn’t believe my future husband wanted to marry me.

Earlier in the day as my sister had applied my make-up and put up my hair, I’d feared he wouldn’t come.

I thought back to earlier in the week when Dad had asked me—with a smile—if I was sure I wanted to get married. His question was disguised as a joke. I knew his joke was grounded in truth.

This was supposed to be the happiest day of my life. And it was shrouded in doubt, embarrassment, and shame.

It was supposed to be the happiest day of her life, but it was shrouded in doubt, embarrassment, and shame. Click To Tweet

I Was Looking Back

A few months before the wedding, my fiancé—my Mr. Right—had called it off. We’d plan to wed after graduation. But he’d changed his mind.

We’d already told everyone. My parents. My friends. I begged him to reconsider. He wouldn’t.

I was willing to take my chances rather than face the stigma of being jilted and becoming the object of ridicule.

So there I stood. At the altar. About to marry someone I wasn’t even sure loved me.

I avoided his eyes as we took our vows. I felt like a liar, pledging my love before God and men. The pastor pronounced us man and wife. My new husband leaned in and lightly brushed his lips against mine. My cheeks burned with embarrassment.

I was relieved it was over. He’d shown up. We were married, but I couldn’t let go of the shame. I was the girl who married the guy who’d dumped her.

Just Beneath the Surface

Instead of placing the experience in perspective within the context of my life—seeing it as one event in a series of events—it became the element that defined me for many years.

I was the sum total of that one experience.

When my fiancé broke off the engagement, he was putting icing on the low self-esteem cake. He wasn’t just breaking up with me. He was confirming everything I’d already believed about myself. Every negative word ever spoken to me floated to the surface of my mind like trash when it’s thrown into a river.

My married life began under a storm cloud.

The Heart of the Matter

Too many times, I’ve let an event from my past dictate my present and my future. My interpretation of the event is the problem, not the event itself. I’ve faced many disappointments. It’s how I handle them that makes or breaks me. And this one broke me.

I walked around under that shroud of shame for years. I wasn’t able to channel my feelings or gather my thoughts and examine them under a Christ-like lens.

What if King David had interpreted his life through his past experiences? Surely, I wasn’t worse than him. He was an adulterer and a murder.

Yet, he was known as a man after God’s own heart. He didn’t let the sin and shame of his past failures affect who he was in God. I did.

Giving My Pain to Jesus

After years of misery and self-doubt, I was finally able to internalize 2 Corinthians 10:5 which tells me to take every thought captive and make it obedient to Christ.

I began to capture that thought every time it slithered into my mind. I’ve had to learn to challenge it and replace it with a view from God’s Word.

The truth was my groom did love me. He did want to marry me. He begged me to take him back. But the truth wasn’t relevant. It had no power because of the way I felt.

Honestly, I could’ve saved myself years of misery had I turned my thoughts over to God sooner. He is a personal God, who wants a relationship with me. When I refuse to accept His grace, I’m left to deal with disappointment.

Redefining & Rebuilding My Self Worth God’s Way

While I can’t rewind history, I can look at the rest of the story as God does. I chose to redefine that negative experience and rebuild it based on what God says about me.

We can't rewind history, but we can look at the rest of our story as God does. Click To Tweet

Every day, I face experiences—some good, some bad—but those experiences only have the power to control me if I let them. Every day, I’m challenged to renew my mind in Christ Jesus.

I can ignore His power and wallow in my past experiences, or I can choose to use His power to live in the present and look toward the future.

I couldn’t see the future back then. I had no way of knowing that God would redeem that situation and use it for His ultimate glory in our lives.

I had no idea He’d mold that man who crushed my heart into someone who could so deeply care for it. If I had to make the choice today, I’d marry him again. But I would do it with joy in my heart.

If I could rewrite history, I’d tell my 22-year-old self to let go of the past sooner. I’d tell that weeping girl in the ivory lace wedding dress that one day she’d have robes that would make that gown look like rags.

I’d tell her to dry her tears and look forward to the future with freedom.

What shapes your self worth? Is it an experience from your past, words whispered by others, or is it something you find in Jesus? We’d love to hear from you in the comments below. 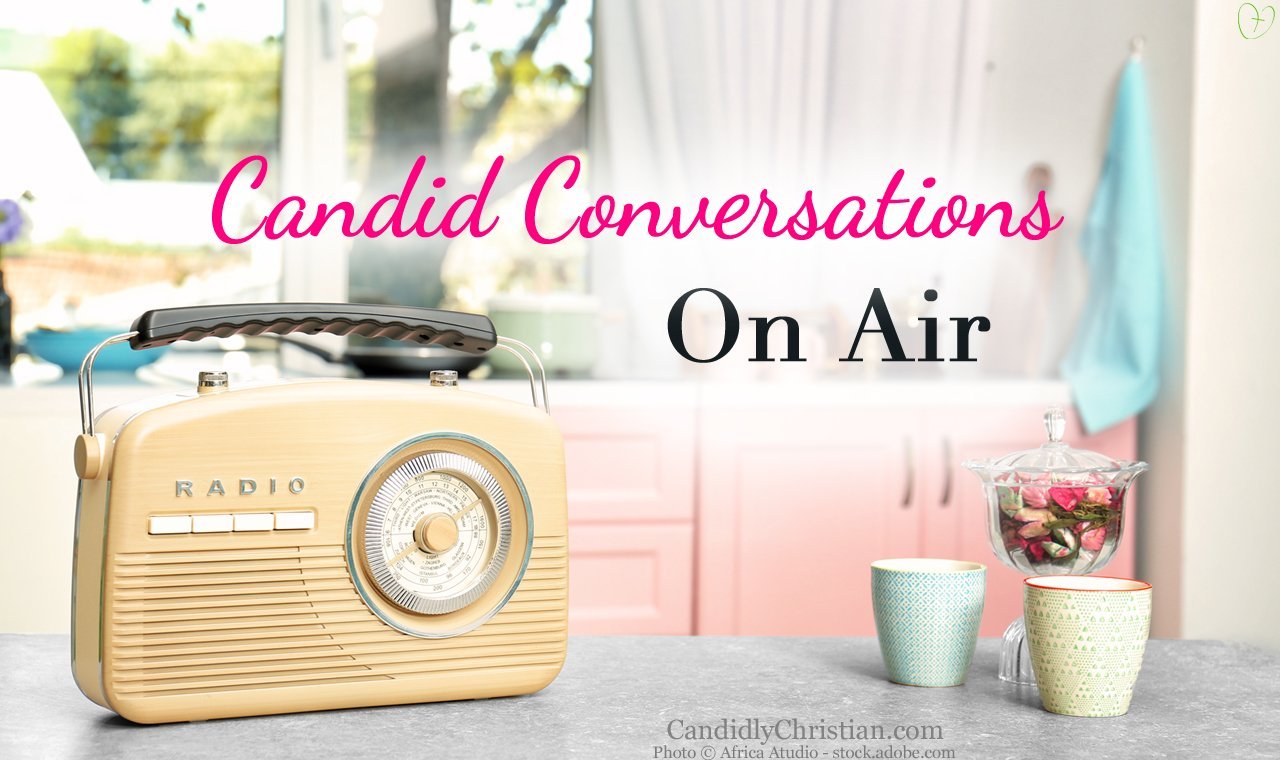 Earlier this week I had the pleasure of getting candid on air with Parker J. Cole on WPJC 104.5. It… 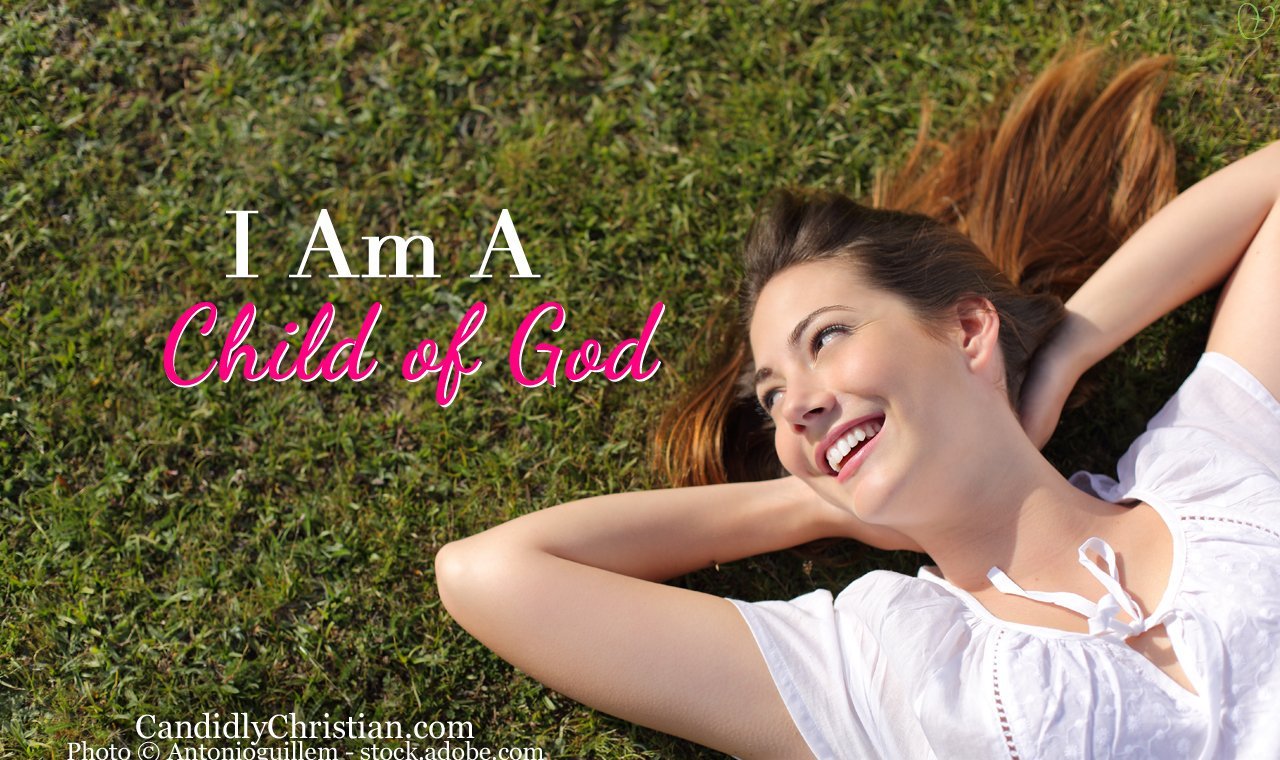 Do you know the difference between who you are and Whose you are? I’d like to share my very personal… 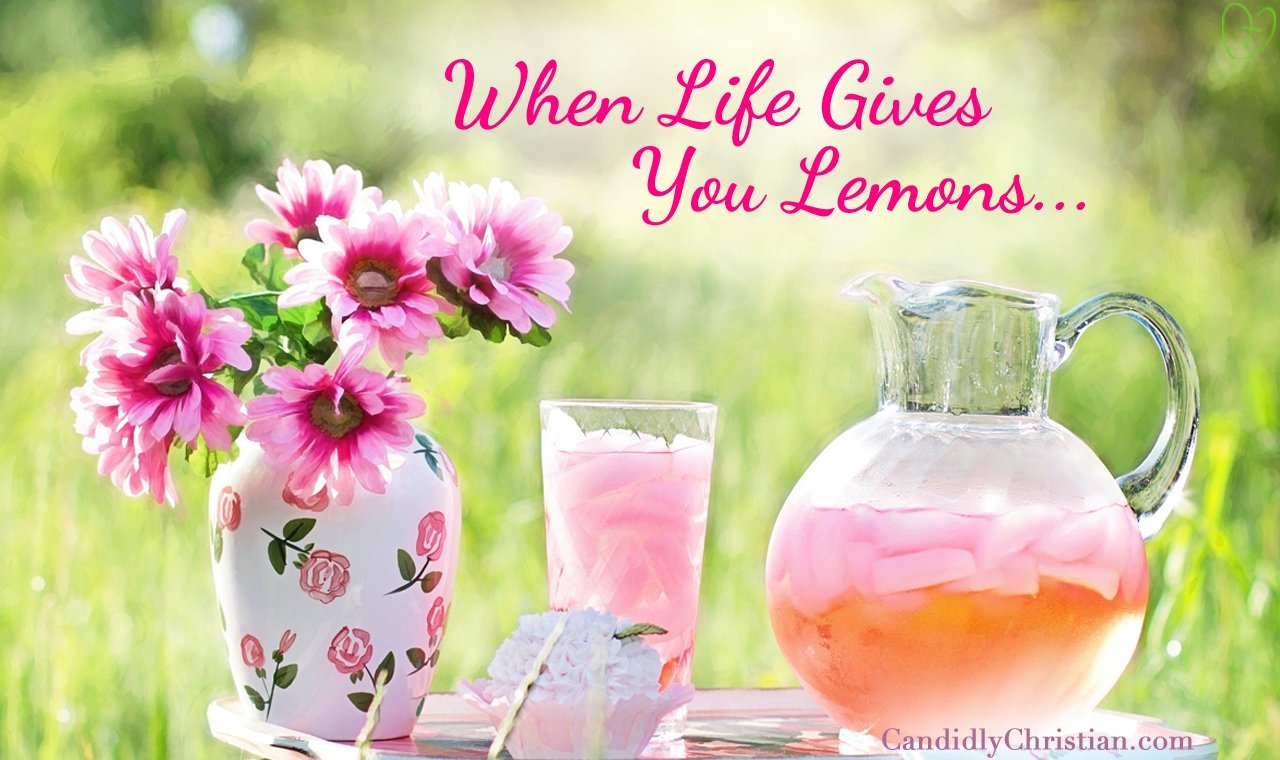 When Life Gives You Lemons If you had the power to change any of your circumstances, would you? We all… 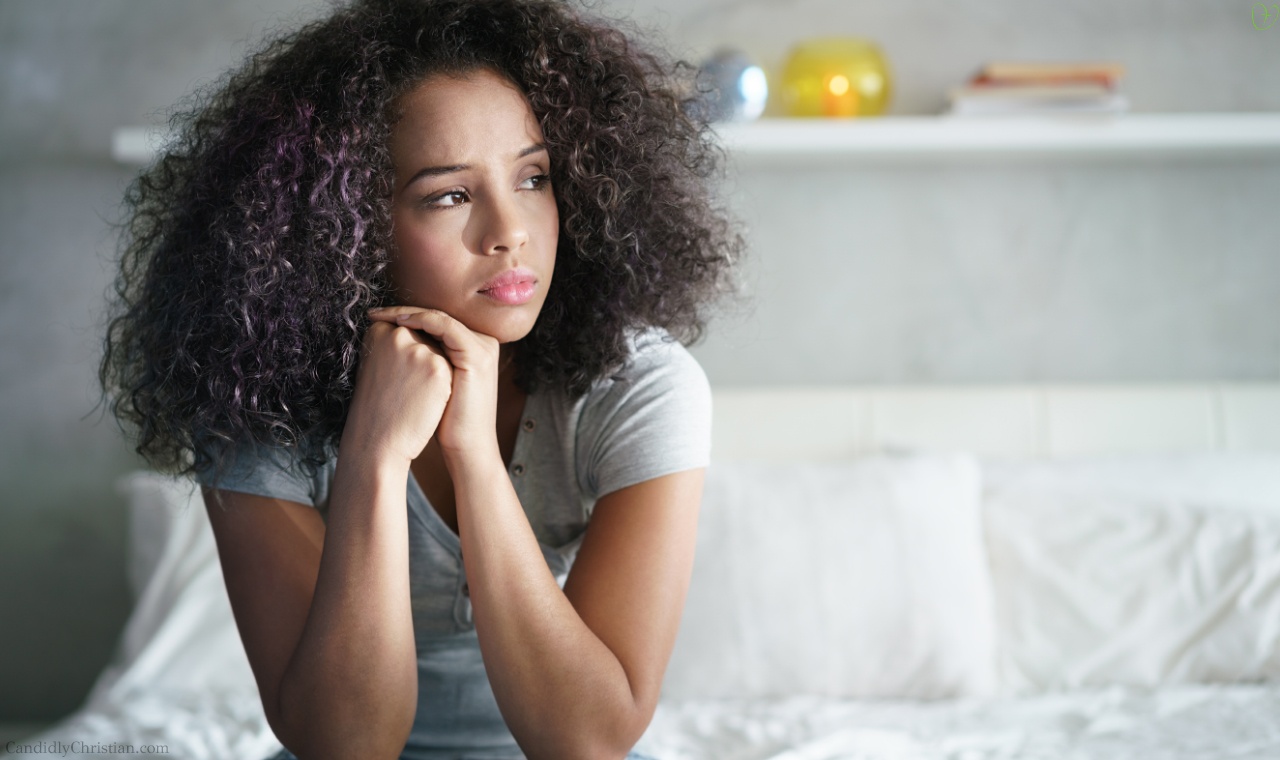 Depression is a dark tunnel but with God there is light at the end of that path. Stephanie Carter knows because she’s been there. Today she shares 4 things God taught her about dealing with depression. 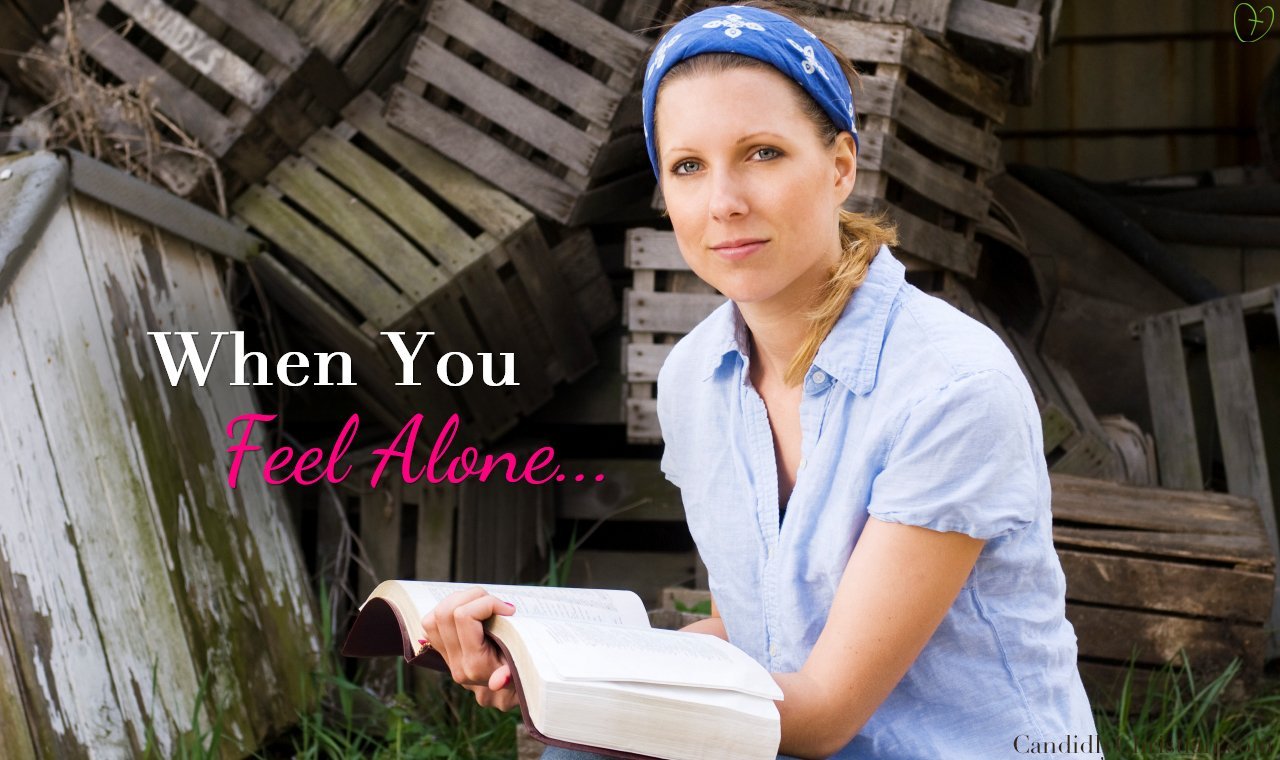 In various seasons of life, we often feel alone. Whether it’s because of a move, or quarantine, Candid Guest, Sharon Hazel is sharing five Bible verses for when you feel alone.

I’m currently sitting in a coffee shop, during my lunch break, asking the Holy Spirit what I should write about….