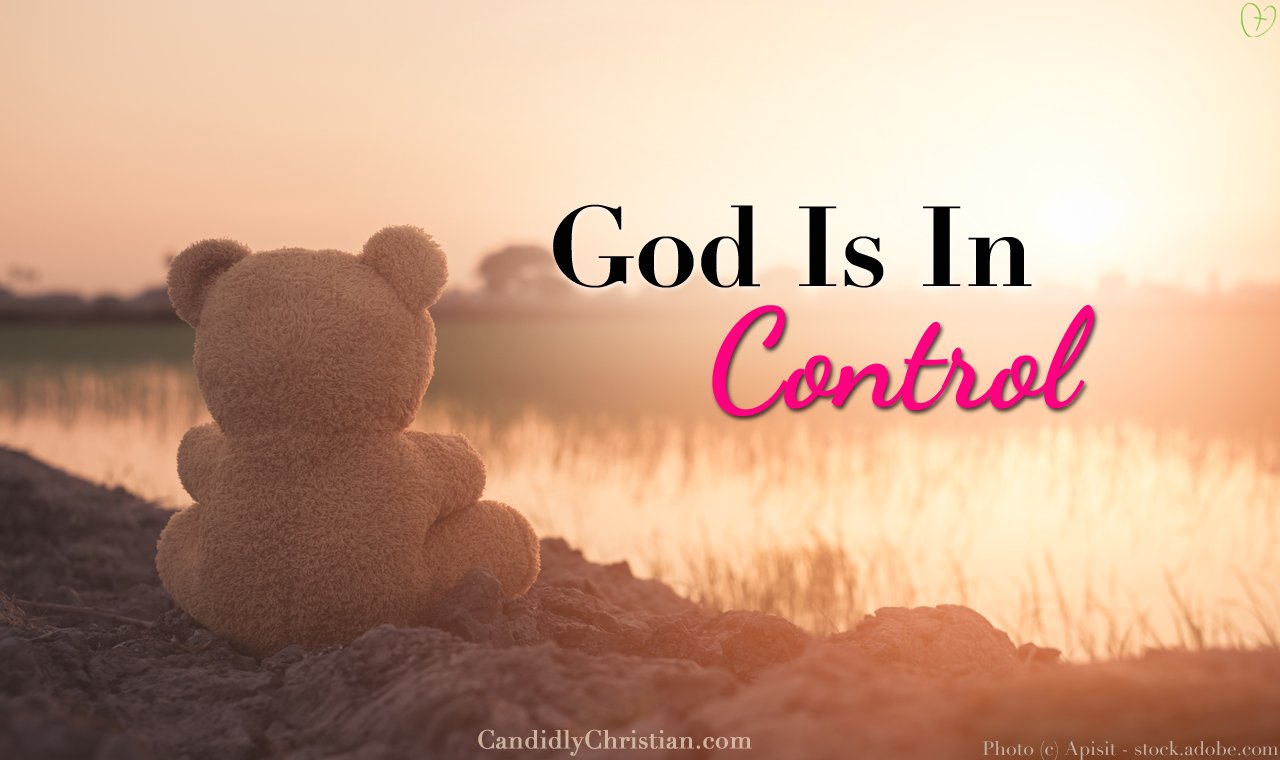 If anyone had told me I’d be the mother of a child who’d need care the rest of her life because of a brain injury I would’ve said, “I’m not the sort of person who can handle that kind of thing.”

And I would’ve been right. I can’t handle that kind of thing.

Because of a horrific car accident, which changed the lives of my family forever, I see God in ways I couldn’t ever have seen Him before.

I didn’t want to be that person. I wanted a normal life, low on the emotionally challenging side.

But when my daughter was thrown from a car at age 2 and sustained a head injury, the kind of person I wanted to be didn’t matter anymore.

I had to let God mold me into the kind of person He wanted me to be.

I wasn’t happy about it.

No, I was perfectly happy quietly being in the shadows for God.

If I’m honest, I’ll have to admit I was questioning His goodness.

Why would a good God place me on the side of a highway where a sleep-deprived driver could plow into my car, wreaking havoc on my life?

Why would a good God take my beautiful, brilliant girl and injure her so she’d struggle academically, socially and emotionally the rest of her life?

That’s not what the good God I’d learned about in Sunday School would’ve done. That God had rescued a whole nation of people and set them free. That God created beauty, not the ugliness that comes from trauma.

I blamed God for destroying my life.

I thought He didn’t care. We’re just a bunch of pawns He toys with for His pleasure, like pieces in a chess game, I thought.

I knew all the things that could’ve gone wrong in that car accident. I knew people could’ve died. That a pediatric resident didn’t have to be behind the car that hit us so she could render life-saving care to my husband and daughter.

I knew my church didn’t have to devote an entire prayer service petitioning God on my family’s behalf.

I knew those things. They just didn’t make a difference. My life had changed. God had allowed it. And I was mad.

One afternoon as we sorted through insurance details, our attorney shared a report with us from a company they’d hired to recreate the accident.

They’d recreated the scene using mathematical formulas and a bunch of stuff I didn’t understand and had concluded if my daughter had been strapped in her carseat upon impact, she would’ve been decapitated.

If that had happened, instead of going to physical therapy appointments, I’d be going to place flowers on a grave.

In the blink of an eye, my vision of life changed again.

Instead of mourning a life that wasn’t to be, I celebrated the life we had.

Now instead of seeing a harsh God who’d wrecked my life, I saw a good God who’d saved my daughter’s life.

Without that horrific experience, I never would’ve personally understood the true nature of a loving God.

My faith would’ve remained a part of my life. It wouldn’t have become my life.

Instead of seeing a harsh God who'd wrecked my life, I saw a good God who loved me beyond measure. Click To Tweet

I understood instead of destroying my life, He’d transformed it into an object of His mercy.

When my anger was exhausted and I was poured out, feeling ashamed for judging Him, He didn’t allow me to stay there; He opened His arms and welcomed me home.