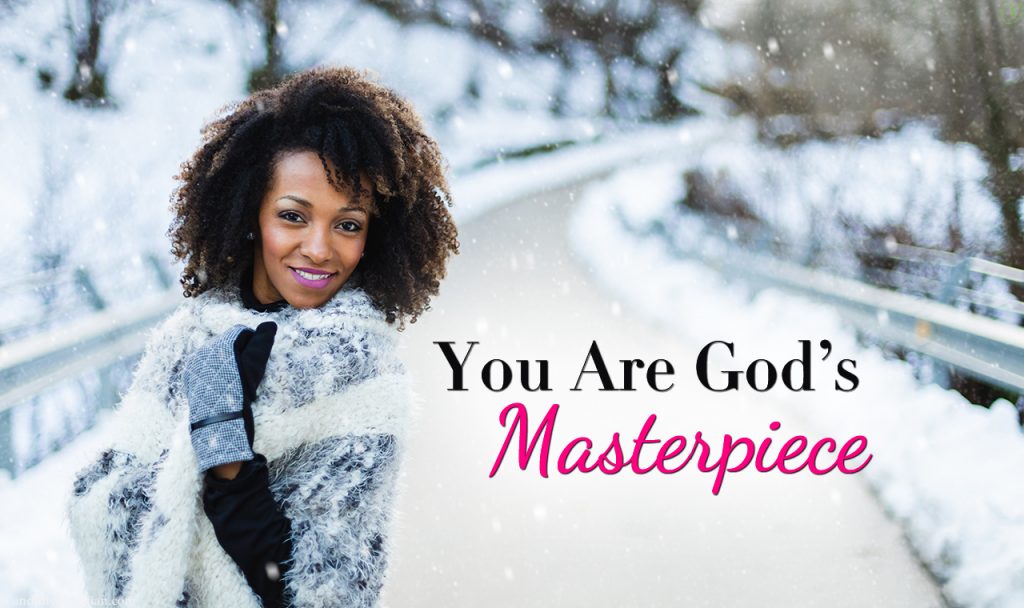 A designer takes the image in his heart and mind and he creates that. He doesn’t stop creating until he gets what he sees. He sees the end of the creation and works to create that. He is not satisfied until it is his mirror image.

No designer gets pleasure in creating something that is not finished or complete.

Think about this as I have described it. God is our creator. What did He create you to be? What part or parts of Himself did He put in you? You are unique and more so just as an artist creates His creation.

3 Important Truths You Need To Know As God’s Creation

As women, for whatever reason, we tend to compare ourselves to others. We tend to forget that we are unique and special. We tend to look at other women and see what we don’t have and want to have as if we are not good enough.

Here are several keys to remember about a designer of anything and the God in you.

1.) You Are Not A Disappointment

The Designer (God) is never disappointed in His creation; even if it looks unfinished. It just means that He is not finished yet. He just keeps working on it until he gets the vision that He sees in His eye.

I remember going through this line of thinking about myself. Always asking God what is wrong with me. Nothing. Nothing is really wrong. It may be that I am just finished. There are things God is still working out in you and me.

Our Father, the Designer, created you. He is working on you to create you into His image. The image in His heart.

2.) You Are Loved By Your Creator

Another key is that the designer (God) is never creating something that He doesn’t love or invest in.

Even if to the world you look broken, you are not. Even if you are handicapped in some way, you are made in His image that way. It is perfect. The Creator creates. I used to think that divorce broke me. That is ruined me in some way. That is took something from me.

What about you? What view of the world have you adopted about how the Creator invested in you or doesn’t love you. Stop it.

God loves you because He created you.

3.) You Are Not Complete

Lastly, the creator or Designer (God) is not satisfied until you are finished. God never starts anything He doesn’t finish. Never.

Even if you looked unfinished or unpolished, He is not done. He is not finished. He will keep you on His wheel until He is ready for you to come off and be featured to the world.

He is taking pleasure in His handiwork. He steps back and takes a look sometimes at a distance. He is perfecting, seeing what needs to be changed. He is looking at His blueprint and then looking at you.

The Designer creates. He is leaving His mark, His essence in you, His creation.

You are His masterpiece.

"The Designer creates. He is leaving His mark, His essence in you, His creation." Click To Tweet

Stephanie is an author, Bible teacher, and course creator as well as a mom of two sons. She is a passionate lover of Jesus Christ. She has her Doctorate in Theology and resides in the Atlanta, Georgia area. She is a prayer counselor with the Billy Graham Evangelistic Association and a women's life coach. Her purpose in life is to instill discipline, integrity, and uncompromising spirit of character within women. You can find out more about Stephanie by visiting StephanieMCarter.com.