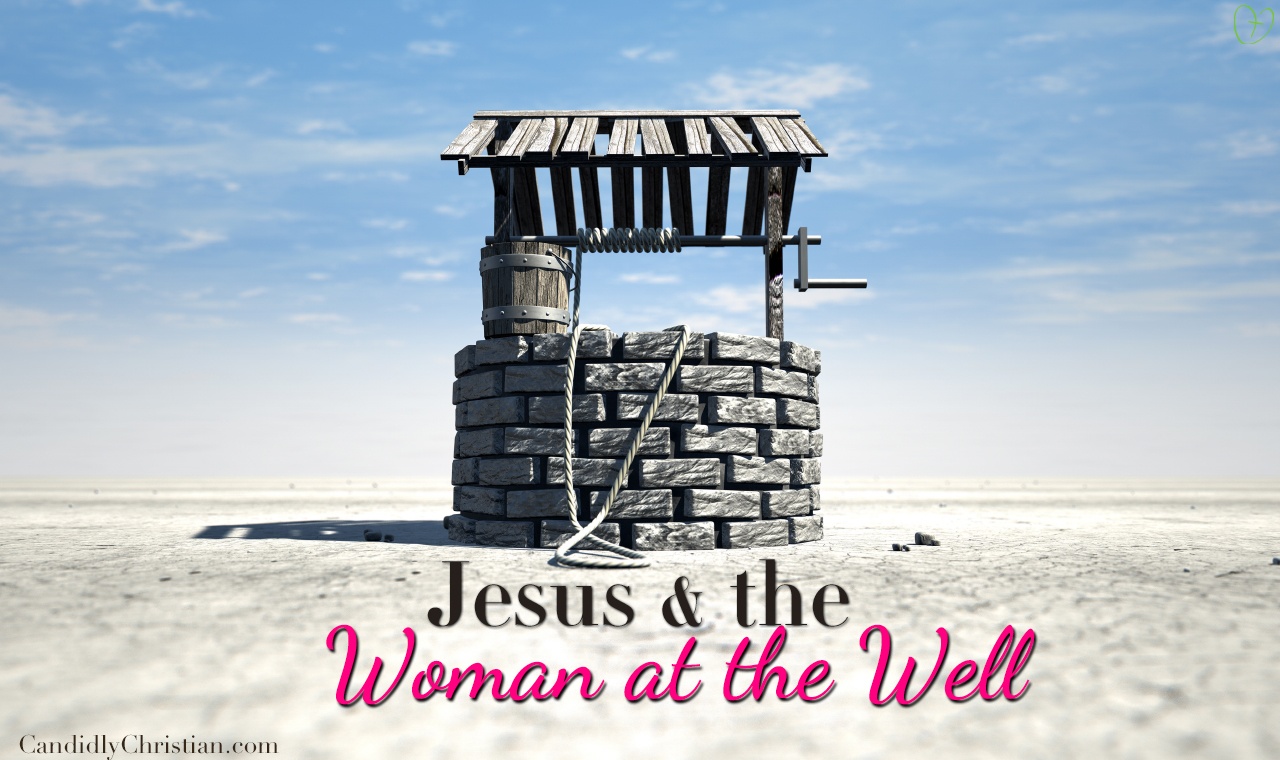 One of my favorite verses in the New Testament has been John 4:4 (NKJV)

And He needed to go through Samaria.

Jesus insisted on going that direction, a direction the majority of Jews refused to go because of their disdain for the Samaritans. What follows this verse is the well-known story of Jesus and the Woman at the Well. She’s never named, but her story is so important. It’s almost as if God doesn’t tell us her name because she symbolizes all of us.

Not Your Average Jew

Jesus knew her heritage. Jesus did not ask her to reject her heritage and change her religion before He approached her and asked her to give Him a drink.

Once He begins a dialog with her, He seemingly offhandedly mentions that He knows her personal background, the sins she had chosen to participate in.

Remember that He’d known this about her back when He asked for that drink in the first place.

Jesus knew that her background was one that most decent people rejected a person for back then. She’d have been an outcast, shunned, shamed for the personal individual choices she’d made, something she could have avoided with better life choices. Something she absolutely could have helped.

Yet Jesus did not ask her to stop that sin before He approached her. He did not ask her to leave the man she was with before He offered to give her the water that would make her no longer thirst again. He offered her salvation without shunning or shaming her. He would have taken a drink from her hand, knowing full well that she was an unrepentant sinner.

Jesus does not reject us while we’re sinning. Jesus holds out His hand and asks us to come with Him, follow Him and leave that behind… but He doesn’t demand we take that first step without Him. We don’t shed sin on our own.

First thing I see in this passage is that Jesus purposely went where He knew there would be a despised segment of society, a large nameless group of people. Jesus did not always go through Samaria, but this time He purposely went there.

Second, Jesus purposely approached the woman at the well and asked her to serve Him a drink. He approached her on an individual basis, not as just part of a larger group. He connected with her as an individual, despite what He clearly obviously knew about her personally.

He Didn’t Avoid Her

Jesus knew her culture, and did not avoid her because of it.

Jesus knew her personal sins, and did not avoid her because of it.

So why is it that we reject some people because of the sins they’re committing? Jesus didn’t do that.

In His day, the sin of adultery was a shameful thing, dirty. But Jesus wasn’t afraid of being seen talking to her. He doesn’t decline taking a drink from her hand, He actually goes a step farther and asks her for a drink. This interaction is a little different than the times He ate with publicans and sinners. He was sitting down at a meal and these people were coming to learn from Him, coming to see who He was and what He was going to tell them. They might have still been living in their sins, but they were actively seeking out Jesus.

This woman at the well was not looking to learn from Jesus at first. She was looking to debate with someone she distrusted because of where He came from. Jesus sought to rebuild trust both between cultures, and between two individuals.

Jesus did not require her to step away from her sin before He’d sit down and commune with her.

This woman at the well was not seeking God, and was not looking to get out of her sinful situation. Jesus talked to her without asking her to do anything first.

Jesus stands at the door of each sinner’s heart and knocks. He does not turn His back on the sinner and then tell them to tap Him on the shoulder when they’re ready to listen. Jesus holds His hands out to each sinner and waits for them to respond. He’s facing them, not shunning them.

Jesus doesn’t turn His back on the drug addict, the adulterer, the cross-dresser, the gossiper, the slanderer, the whatever-we’ve-done-to-offend-others sinner. Jesus doesn’t shun them. I shouldn’t either.