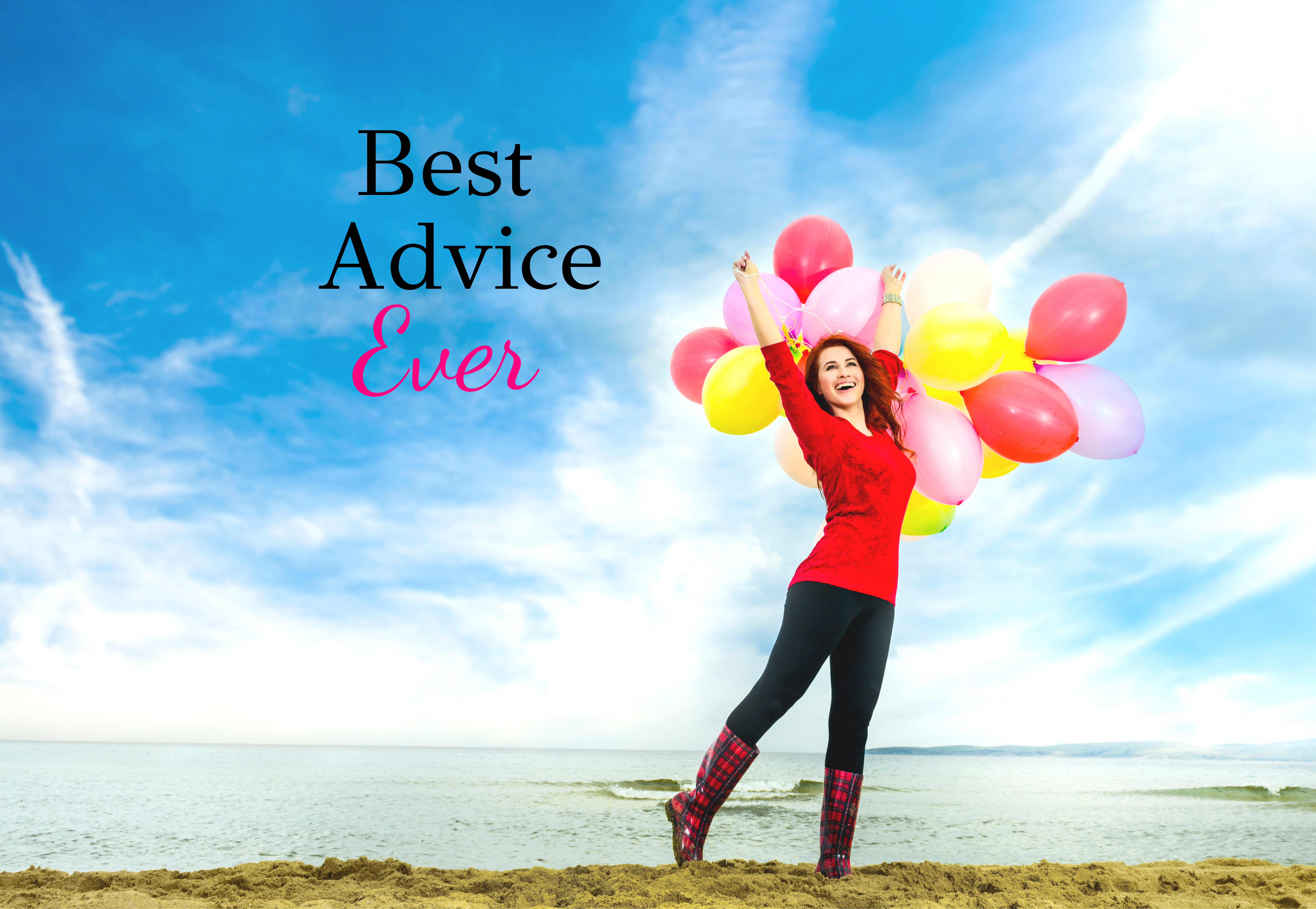 Today I am forty. That seems a little unreal, but it is true. Four decades of life. And with that, I want to share with you the best piece of advice I have ever received in those four decades.

And I have received a lot of advice over the years. Some good, and some… well… not so good.

It was only two words but those words that were spoken about eight years ago have stayed with me ever since.

We had just ended a retreat, and if you have ever been to a retreat, you know what happens at the very end. It is like a flurry of activity. Everyone is hugging, and saying goodbyes. People are taking pictures because they want to remember the moments (and all that God had done). There are others who are being prayed for, and then of course the cleanup and packing!

Yet here, a woman who is now one of my best friends, came up to me and looked me straight in the eyes and said these two words. These two words coming from someone who I have learned deeply desires to live them out, and does.

They seemed so simple at the time. And meant for what God would ask of me in the future, be obedient to His call in my life. And for the record, she hasn’t stopped telling me to be obedient either. The message hasn’t changed, but sometimes the words have looked a little different.

Oftentimes it is encouraging me in God’s word. Or saying that we gotta keep going, and keep our eyes on Christ. And most recently, grabbing my hand and running through a pretty bad storm together to get to the safety of my car (and metaphorically speaking, we have done that on more than one occasion in our walks with Christ).

Back to those two words. They were also spoken to someone who has a history of easily quitting things when they got hard. And when I say quitting thing, I don’t mean the things that God called me to. I mean anything in life that would cause fear or insecurity. The second my shortcomings were pointed out… I was done.

Honestly, in looking back the things I quit were easy compared to where God has lead me over the years, as I have told Him I would do whatever He asked of me. I desired to be obedient.

But you may be wondering what obedience actually looks like. My definition would be to read God’s word, and do what it says. It seems simple. And I want to share with you a few ways to be obedient that come directly from scripture.

Love the Lord, your God with all your heart, all your soul, and all your strength.

Love your neighbor as yourself.

Do not seek revenge or bear a grudge against any of your people, but love your neighbor as yourself.

-Bless those who curse you, pray for those who abuse you.

To go make disciples of all nations.

Beyond that, God will call us to different tasks. Tasks that require us to get to know our God, so we can know His voice, and then in turn obey what He asks of us.

One thing to remember about God’s voice is this:

What is God calling you to?

And when considering that, I want to share something important about obedience. And I hope you feel the weight of this because it is important, and it is straight from God’s word. Obedience will always require sacrifice. But obedience is greater than sacrifice.

I am reading about Moses currently, when God called him to the task of leading His chosen people out of captivity (Egypt). He was living a seemingly good life as a shepherd. And God tells him to basically give that up to go back to Egypt, to the place he had fled because Pharaoh had wanted to kill him. The task wasn’t easy, and honestly, it didn’t really seem that possible in Moses’ eyes.

Moses had a lot going against him. But God still assured him that He was the God of Abraham, Isaac, and Jacob.

And when he did what God said, things didn’t really seem to get better either, they actually got worse. I have been there! And do you know what happened when things got worse for me? I started to question if I heard God right.

I also had the chance to succumb to the lie that I had heard God wrong, or endure keeping my eyes on Jesus (and I will tell you that I never do that perfectly, I am very much like Peter, and Moses too… those Israelites were not an easy bunch)

When things get worse before they get better…

My answer would be this:

Because if God acted in the ordinary, He wouldn’t seem extraordinary. He would seem “normal”. That is why He tells Moses “I am who I am.” No other explanation would be a sufficient way of describing who He is.

God, Yahweh, is anything but normal. God is holy and set apart. He is who He is. He will do what he will do. And He knows that what He says will be done.

God is to be feared.
Revered, and obeyed.

He is to be beheld.