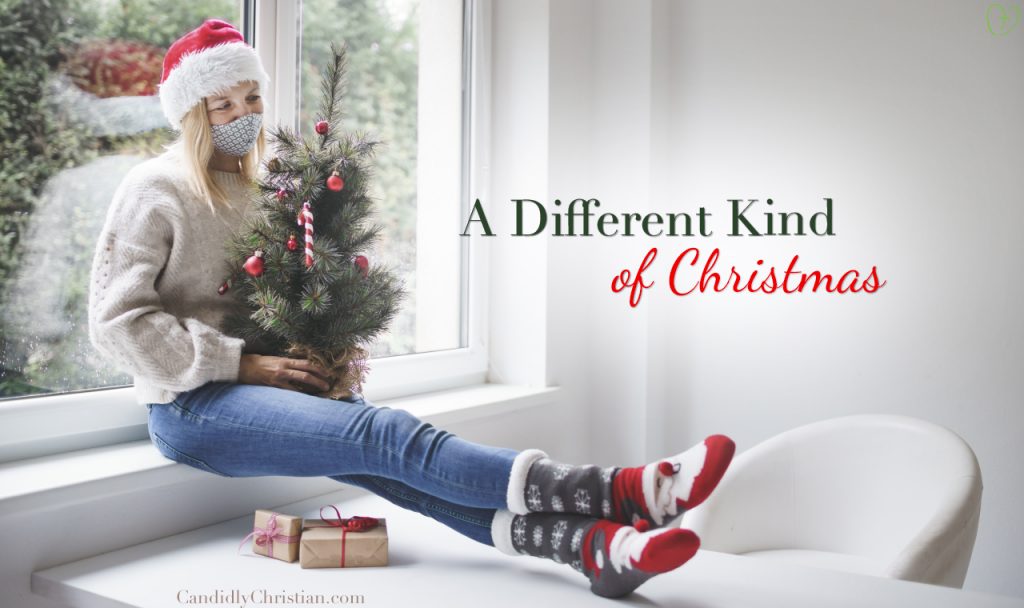 Christmas season is in full swing, but this year, things are different.

But with the restrictions and fear, this season has already felt different. It is not the season that I would have wanted or planned for. Because we always get together with the extended family for Christmas.

I can’t say that I like this. I want my traditions. I want 30 people at my house on Christmas Eve. I want my Aunt Bobby to bring her deviled eggs, and tuna mac salad. I want my cousin Cheryl to make her coconut custard pie.

I want my brother to make his amazing ham, and my cousin Jason to bring shrimp cocktail. I want my dad to dress up as Santa Clause for all the kids.

I want my other aunt to look at me and say to me “When are you finally going to get married?”, as I look at her in disbelief and shock. Because she knows I am married and have kids, but she doesn’t remember anymore.

I want to watch all of the children open up their gifts with expectation, excitement, and joy.

Are there any Christmas traditions that you are going to miss doing this year?

Are there any Christmas traditions that you are going to miss doing this year? Click To Tweet

The First Christmas Was Different, Too…

Everything is changing, and I bet that is what it felt like for Mary and Elizabeth, a woman too old to have children, and when an unwed virgin were carrying John the baptist, and the Savior of the world.

So here is Mary, who is preparing to marry Joseph, gets news from angel Gabriel that she is going to carry the One the prophets spoke about. It is not everyday that an angel comes to talk to people, so this is a big deal. She is highly favored, and this one woman is chosen to be the mother of the Son of the most high. Her life will never be the same. Her life may even be harder because of this.

Joseph plans to quietly divorce her, which means that this young pregnant girl is now alone. Ever had anyone ever break up with you? It kind of hurts, and for Mary it was not exactly how she saw her life going. Can you relate to that? I can. Break ups can be heart wrenching!

And you have Elizabeth, who is carrying John, at an older age. Her husband can’t talk because he responded to God’s message with disbelief. Again, although she had hoped for a child, this probably isn’t how she saw her life going either.

But what are Mary and Elizabeth’s responses to their situations? When the angel Gabriel came to Mary, she responded by submitting to God, and offering a confident prayer. May it be to me as you have said.

Elizabeth gives her praise to God for “doing this” for her, giving praise to the One who showed her favor, and who has taken away her disgrace among the people.

After the angel visits Mary, she went and spent three months with Elizabeth. Now, one thing I have been pondering in this is, where was Joseph during this time? Was this when he was planning to quietly divorce her? I don’t know, scripture doesn’t say. But regardless, her circumstances probably didn’t offer her much hope. She was probably heart broken at the thought of losing Joseph, and that her life would never be the same.

With everything going on around them, and all of the possible emotions, we see Mary and Elizabeth’s heart posture towards God. Elizabeth praised God for allowing the mother of her Lord to come to her, and acknowledged that Mary was blessed that she believed what the Lord said to her would come to pass.

And Mary praises God, who was mindful of the humble state of His servant.

They praised, had hearts of gratitude, and stood in awe of God’s favor in their unlikely lives.

A Different Kind of Christmas This Year

This year, leading up to Christmas is different. But that doesn’t mean our praise should be different. Maybe this year, God wants us to focus even more on celebrating His son being born, instead of celebrating a season.

Is getting together with family and friends wrong? No! But things are just not the same, and we have the choice to do what Mary and Elizabeth did, despite what is going on around us.

On Thanksgiving this year we set up our tree. We didn’t have the traditional Thanksgiving dinner that we usually have with family, and we wanted to make the day special for our children. We enjoyed setting up the tree (another one of my favorite traditions), trying our hardest not to let the children break the ornaments. But I didn’t know that 3 days later I would be considering giving the tree away.

You see it was a few days later that the “rodent’ problem in our house that we had been keeping at bay got unmanageable, and flat out scary. What were “things” running through the walls at night, and being caught in traps when no one was around, turned into one coming into the room that my son and I were sleeping in in the middle of the night, to try to make a home in his art easel that was at the foot of my bed. When I say “things” I mean rats.

We changed rooms, as the dog tried to catch the thing, without any luck, but I am not so sure I have been so scared in my life. I can’t adequately describe to you the fear I had when I heard it rustling by near my feet, and how my heart was pounding at every sound for the rest of the night.

I realized that although for a while, we were ahead of them, that they were now going to become ahead of us. And I decided that we needed to stay at a hotel for a while.

Emmanuel is God With Us

However along with setting up our house for Christmas, I have also been helping one of my dearest friends set up the Christmas stage at our church. So after only sleeping half an hour, I went to the church the next morning to do more set up, for a music video for one of the songs they are releasing on a Christmas EP. My friend and I ended up sitting in the middle of the stage which was 95% completed, and she asked me if I wanted to see the first music video that she had just received the final version of. I actually said no, because it was “O Come O Come Emmanuel”. I know the depth of that song, and I worried I would just break into uncontrollable sobs, because everything just felt like a lot.

After a few words about her feeling that things have been so heavy lately, she said “are you happy?” She knew what had happened but at that moment my heart was on the floor. I told her what it had felt like to lay in bed that night, and a lot of other things I can’t really remember, and then I told her that I wanted to watch the video, and I cried with joy because it was beautiful, because we remember that with us is God. Emmanuel. Even now.

No matter what we are going through this Christmas, we remember that with us is God; Emmanuel. Even now. Click To Tweet

Then we embraced being on a set that was filled with lights for “The First Noel”, a song that remembers the day Christmas was born. The day Emmanuel came. The day an angel appeared with the glory of the Lord shining around them to shepherds who were tending to their sheep at night, to tell them to not be afraid. And as we were on the stage, sitting in the middle of thousands of lights that would be a reflection of His glory, I said “I wonder what God would say to me right now. I bet He would say ‘do not be afraid.’”

We were in that moment living the Old Testament yearning, with the New Testament fulfillment of promise. God with us.

We can choose to praise, have hearts of gratitude, and stand in awe of God. Even though we won’t get to have many of the holiday traditions that we love, God is allowing this time for us. And this time that can feel like a “pause”, can be a gift from God. A time that we celebrate the One who came to give us eternal life, when He is the One who deserves the gifts that we can offer as praise.

So let us praise, nevertheless. Even though this season isn’t what is expected, may we have hearts of gratitude for the God of the unexpected. So let us enjoy this season with expectancy that He is God.

And when we get a glimpse of His glory and wonder this season, may we treasure and ponder these gifts in our hearts Like Mary and Elizabeth, I may not be the season I expected, but I know that I will be treasuring in my heart forever that moment with my friend, the moment when Old Testament yearning, was met with the promise of God. Emmanuel..

If you enjoyed this book, we encourage you to check out The Meaning of Giving. While our gifts may seem to pale in comparison to the gift God gave us, a heartfelt gift stands the test of time. When we focus on the true meaning of giving and receiving, we prepare our hearts to focus on the ultimate gift…the baby in the manger, our Savior, Jesus Christ. Available on Amazon.