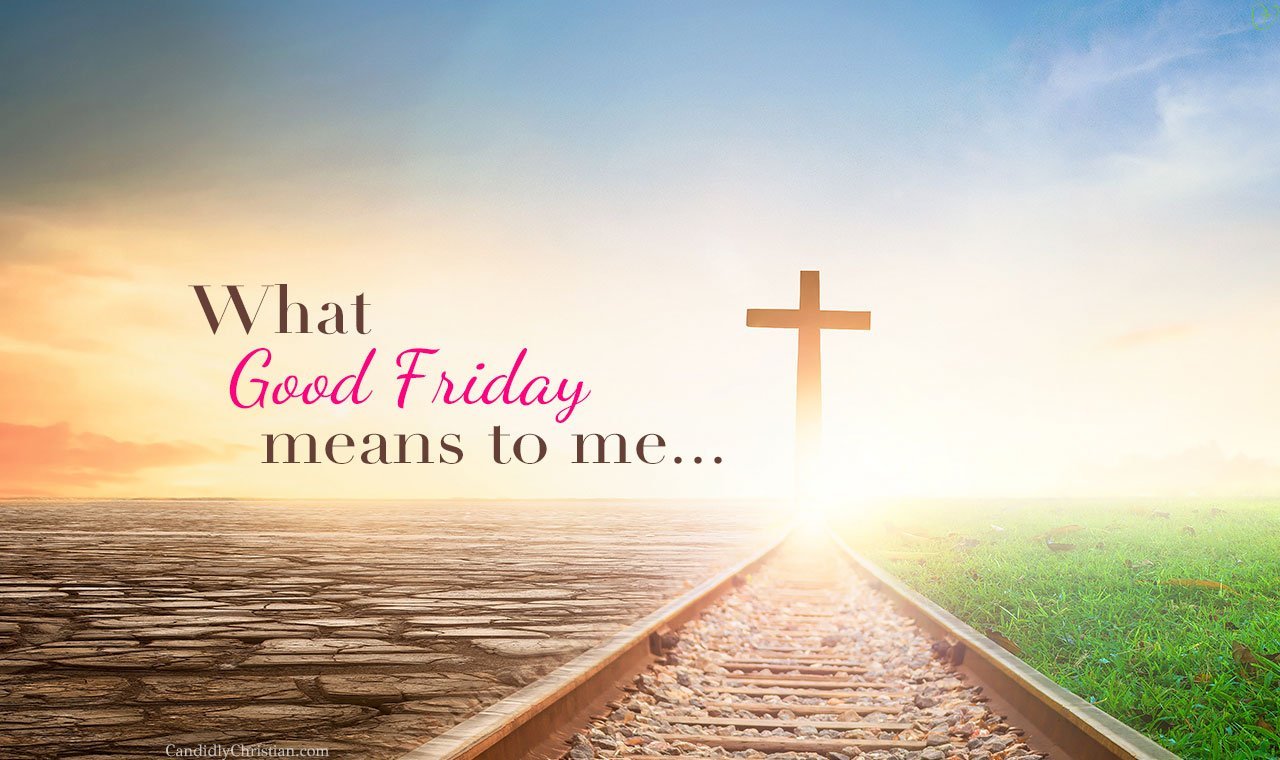 For he has rescued us from the dominion of darkness and brought us into the kingdom of the Son he loves, in whom we have redemption, the forgiveness of sins .

Not The Usual Good Friday Service

The church slowly went dark, drawing the small group of worshipers closer to the mood of that first Good Friday. All eyes followed Pastor Eric’s silhouette across the altar and behind the 10-foot projector screen. Our ears traced his footsteps to the stained glass window until we heard the flip of a switch followed by a few seconds of white noise as an old cassette played.

Then it started. The hollow, high-pitched sound of metal striking metal in perfect rhythm. Ting… Ting…

Pastor Eric explained, “This is the sound of a hammer on a railroad tie.”

He continued as the piercing sound made my neck itch: “This is what our Lord heard as His hands and feet were being nailed to the cross – for you.”

“Each excruciating, eye-popping strike ripped through our Savior’s flesh – for you.”

My eyes darted toward the door and I forced my feet to remain planted in the pew. Pastor Eric said nothing more, but my soul heard the blood-curdling screams between each strike.

Just when I thought I might lose my lunch, the cassette finally stopped.

I attended this Good Friday service in a dwindling, traditional Lutheran church in Green Bay, Wisconsin in 2000. We moved a few months later and found a new church, but my husband and I still remember that service every Easter.

It was the first time Jesus’ sacrifice felt real to me. I remember the stunned silence in which the entire congregation left the church. I can still hear that hammer. And I still feel nauseous when I think about it, because I can see His hand seizing and His blood spurting out – for me.

My Attitude of Entitlement

I’m a decent person, so I expected my life to be calm. I’ve had days when I’ve whined in self-pity “Why God? I don’t deserve this pain and sickness! I never hurt anyone! Bad things should only happen to bad people!”

I cheated throughout Spanish class in high school. TING!
I lived with my husband before we married. TING!
I lost my temper and cursed today. TING!

“You’re right,” He answers back. “You don’t deserve the life I’ve given you. I rescued you from the life you deserve.”

"You're right," Jesus said, "You don't deserve the life I've given you. I rescued you from the life you deserve." Click To Tweet

What We All Deserve…

Those railroad ties were supposed to be for us. We are all sinners. Not one of us is righteous. And when we cheat, disobey, or treat others poorly, we’re just as evil and guilty as those on death row.

That’s where all sinners belong – on death row. Jesus saved us from the “dominion of darkness”, so that means we were already there. And He could have left us there in our rightful home where suffering is expected and death is the norm.

Trouble isn’t a curse – it’s a fitting consequence for who and what we are.

But the Son of God willingly spread His arms open wide as I swung the hammer and you held the nail. To give us His life and His peace, He had to suffer our punishment and die our death.

The Son of God willingly spread His arms open wide as I swung the hammer and you held the nail. Click To Tweet

I take peace for granted, as though I’m entitled. But health, laughter, forgiveness, love, warmth – these are all gifts purchased at the highest imaginable ransom.

Because of Good Friday, we all live lives we don’t deserve, both now on earth and for all eternity. What gifts will you thank Jesus for today?

Dear Jesus,
I know I deserve the suffering and death you endured. Thank you for coming to give me life to the fullest and peace beyond understanding. Please forgive my attitude of entitlement and help me to always remember the price you paid to give me the life I don’t deserve.
Amen

Because of Good Friday, we all live lives we don't deserve, both now on earth and for all eternity. What gifts will you thank Jesus for today? Click To Tweet

Related Post: Easter Isn’t A Feeling But A Fact