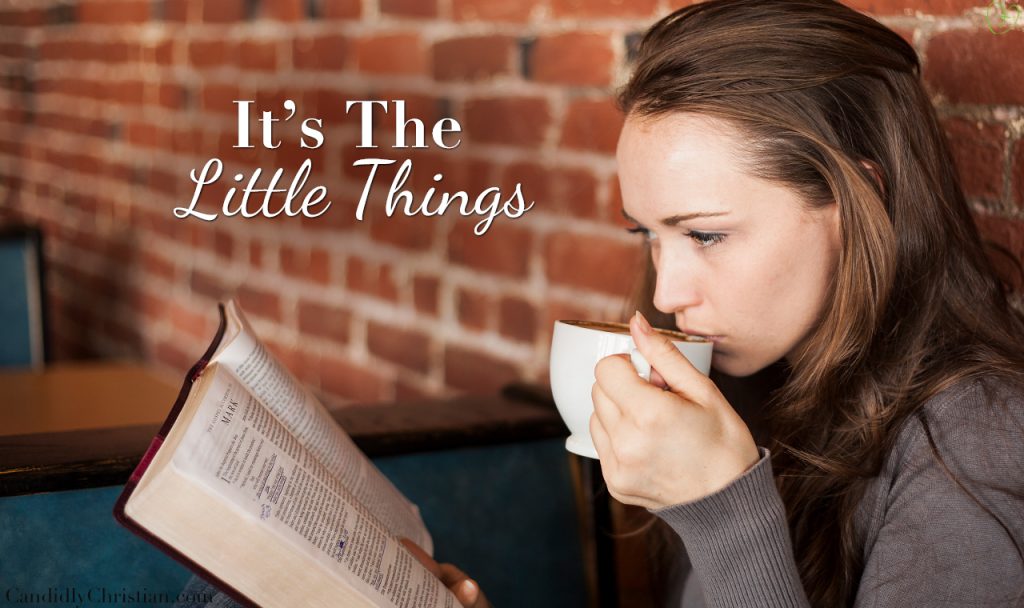 I often focus on the things you’re not supposed to focus on. I will spot something that’s a little off while watching a movie or reading a book and will be unable to let it go. If one thing doesn’t make sense or is out of place, it consumes me and I can focus on nothing else. I often get tripped up in the little details.

The other day, I was reading through Genesis and stumbled upon the story where Jacob meets Rachel. If you spent any time in a youth group, you probably heard a sermon or two about this story of a man pursuing his bride. While reading, I got tripped up by a little detail that I hadn’t paid much attention to before.

The Rolling Away of a Stone

Then Jacob went on his journey and came to the land of the people of the east. As he looked, he saw a well in the field, and behold, three flocks of sheep lying beside it, for out of that well the flocks were watered. The stone on the well’s mouth was large, and when all the flocks were gathered there, the shepherds would roll the stone from the mouth of the well and water the sheep, and put the stone back in its place over the mouth of the well.

This story is off to a strong start. Jacob is out, looking for his woman and comes across a group of shepherds who are patiently waiting at the well with their flocks. None of them have led their sheep to drink yet because the whole gang hasn’t arrived. I looked at a few different commentaries and they agreed that this arrangement was probably made to ensure fair treatment for everyone. If the rock was only rolled away when all of the shepherds were present, then that would limit the opportunity for the water to be distributed unjustly.

So the shepherds waited. The Bible doesn’t tell us how many shepherds had made this agreement with one another. We don’t know if they were only waiting on Rachel or if they had to wait for ten more flocks to arrive. But I believe this cultural context helps to reframe what Jacob did in response to seeing Rachel.

The story continues and Jacob begins asking the shepherds about his uncle (Rachel’s dad) when they spot that Rachel is coming. When the shepherds point her out to Jacob, this is how he responds:

I really appreciate the shepherds in this story—they are the real MVPs here. Jacob was trying to get some alone time with Rachel, but these men weren’t willing to break the social contract that they had made with each other. They were honoring the other shepherds instead of seeking their own gain. Though it would’ve been easy to bend the rules, they stood their ground, despite his persistence. Then, when he sees Rachel, Jacob is so overwhelmed that he takes matters into his own hands and opens up the well himself and the waters her sheep.

This moment sure does reveal a lot about Jacob’s character.

A consistent theme in the life of Jacob is that he got what he wanted—no matter the cost. We see this with his dealings with his brother, Esau, his uncle Laban, and even with God himself. Jacob was like a bulldog who wasn’t going to let go of what he wanted; he wasn’t about to stop until he got the object of his desire. While this can be a great trait, it can also leave a lot of destruction in its wake if it’s not submitted to the authority of Jesus.

I am amazed that God still pursued the wily and rebellious Jacob. The man who got what he wanted—no matter what—was still loved by our perfect God. The Lord even changed Jacob’s name to Israel, giving him a new identity. And God does the same for us.

The truth is that I can be just as ambitious, just as dogged, and just as rebellious as Jacob. My self-interest can take over and cause me to bulldoze over others. Sadly, I can get so focused on my goals, comfort, or desires, that I set my interests above those of my community. Yet God chooses me and restores me even when I don’t deserve it. He longs for a relationship with me, though my heart can be wild and rebellious.

When I read this Bible story, I no longer see a man trying to get a date. Now I am reminded that the same God who was willing to go to extreme lengths in order to be in relationship with Jacob loves me just the same.

Have you ever thought about this aspect of Jacob’s story? We’d love to hear from you in the comments below.